Travel the South with us. Destination Visakhapatnam.

South India is blessed land with look-a-like but diversified cultures. Now with five states and two union territories it is encompassed with eastern ghats, western ghats, Deccan plateau. To bring out to you the beauty of South India and its culture we are presenting to you a new series

“Travel the South with us,”

an exquisite piece of journey to the exciting and refreshing places of the land. As a part of the series, we are bringing to you the first episode and today you will be going to Visakhapatnam( Vizag ), one of the largest cities of Andhra Pradesh. The selected Financial and Tourism capital of Andhra Pradesh state.

Vizag, often referred as “The Jewel of the East Coast” and “City of Destiny” is situated in the Eastern Ghats and on the coast of Bay of Bengal. The tourist attractions include Kailasagiri, Light house, Rushikonda, Rama Krishna Beach, Bhimili beach, Dolphin nose point, Simhachalam, Buddhist sanctuaries, Submarine, Araku and Borra caves.

Kailasagiri:  A hill top park in the city of Vizag is covered with flora and fauna making it a much more beautiful place to spend time.

The Shiva Parvathi statue on the top, the beautiful beach dazzling with the tides and the rope way at Kailasa Giri makes it one of the tourist attractions of Vizag. At the base of Lord Shiva’s statue is a waterfall which flows down. The view of the sea from the top of it, is a feast to the spectator. 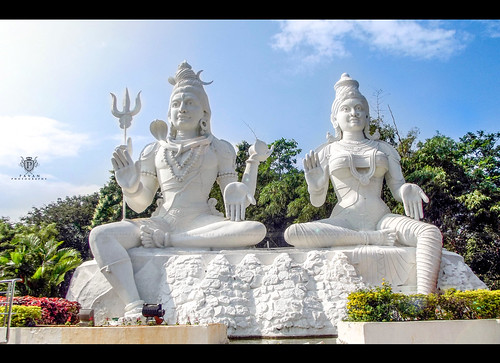 Light House: The city which proudly owns a harbor has a light house which is positioned on the summit of the hill and guides the approaching ships to Vizag.

The light house is useful for sailors as it gives out a light beam that could be seen as far as 65 km out at sea and flashes every 10 seconds. Located on top of a hill, the light house gives an amazing city view.

Dolphin Nose point: The Dolphin’s Nose is a huge rock land resembling the shape of a dolphin’s nose, and an eye-catching attraction in Visakhapatnam. The headland is 174 meters high and at an altitude of 358 meters, projecting into the sea.

It is a single and gigantic hillock shaped like a dolphin’s nose owing to natural process hence the name Dolphin’s Nose. It guards the Visakhapatnam Harbour and paves the way for sea water coming into the land area thus facilitating anchoring of ships. 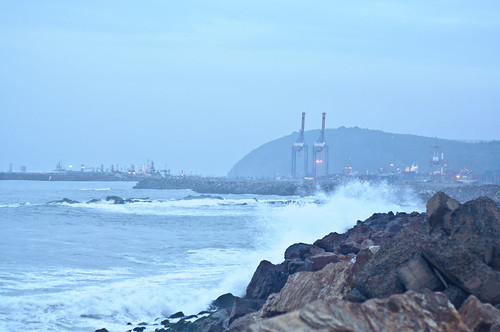 Rushikonda: Have you ever pictured a quiet afternoon at the beach with only you and your friends and no one else? Or have you ever dreamt of a picture sitting at an open air restaurant, as you listen to the soothing music and marvel at the stunning sunset.

Then it is high time to visit Rushikonda beach. A 180-degree view of the white sand beach, dotted with palm and mango grooves on a warm breezy evening, makes your life feel like heaven.

Rama Krishna Beach: Popularly known as RK beach, it is famous for activities like swimming, sunbathing and beach volleyball on the beach.

Adding to it are the attractions, an aquarium, the Kali temple, Visakha Museum, roadside restaurants offering seafood is other attractions.

Bhimili beach: As the name indicates, it got its name from Bhima, one of the Pandavas, who killed Bakasura here.

The beach which reflects the settlement of the British and Dutch, which was a major trading center of the east coast. The shores of the waves of the sea, make the Sun rise and Sun set much more merrier for the spectator. 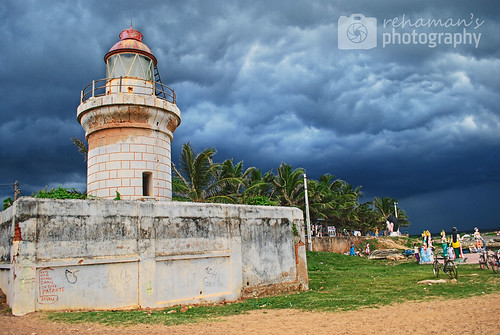 Simhachalam: It is dedicated to Lord Narasimha, an incarnation of Vishnu. The architectural style of the central shrine is Kalinga architecture.The temple which is one of the eighteen “Narasimha Kshetras,” has its deity covered with sandalwood paste year round and can be seen without sandalwood only on Akshaya Tritiya and that too only for twelve hours. The temple is surrounded by cashewnut trees, mangrove forest and many plantations. 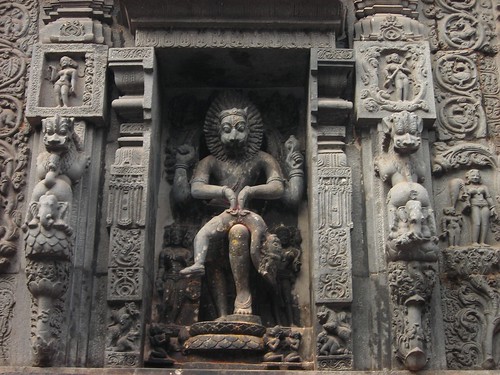 INS Kursura (S20) was a Kalvari-class diesel-electric submarine of the Indian Navy. She was India’s fourth submarine.Kursura was commissioned on 18 December 1969 and was decommissioned on 27 February 2001 after 31 years of service. She participated in the Indo-Pakistani War of 1971, where she played a key role in patrol missions. She later participated in naval exercises with other nations and made many goodwill visits to other countries.

Kursura has the distinction of being one of the very few submarine museums to retain originality and has been called a “must-visit destination” of Visakhapatnam. Despite being a decommissioned submarine, she still receives the navy’s “Dressing Ship” honour, which is usually awarded only to active ships. 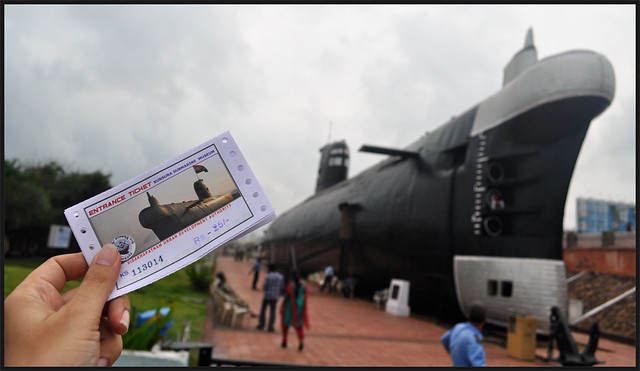 Araku: Araku Valley is a hill station in crowning the eastern ghats. The road that lead to the Araku valley through the Ghats are very steep and with many hair pins and both sides of the road are covered there are thick vegetation and the route is extremely beautiful; there are also many tunnels and bridges that makes the place more beautiful.

The summer temperature of the place is pleasant though sometimes might be hot and winters are cold as the temperature rapidly falls down during night and the monsoon season brings heavy rainfall due to close proximity to Bay of Bengal. Travellers can visit from September to the month of March. But for those who enjoys rain can visit from July to August but there is always a risk of landslide. 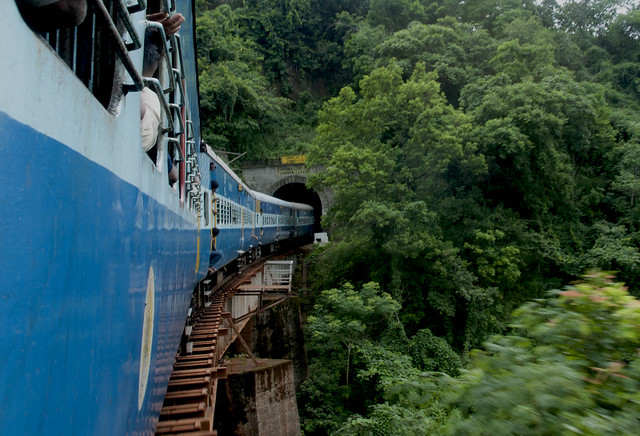 Borra caves: These caves located in the Ananthagiri hill range is drained by the Gosthani river. Quaternary deposits consist of red bed sediments, laterites, pediment fans, colluvium, alluvium and coastal sands. Particularly, the Borra caves are stated to be one of the largest caves in the Indian subcontinent. The popular legend is that a cow, grazing on the top of the caves, dropped 60 m (196.9 ft), through a hole in the roof.

The cowherd while searching for the cow came across the caves. He found a stone inside the cave that resembled a Lingam, which he interpreted as the Lord Shiva who protected the cow. The village folk who heard the story believed it and since then they have built a small temple for Lord Shiva outside the cave. People flock to the temple for worship and the cave to get a glimpse of the Lingam. 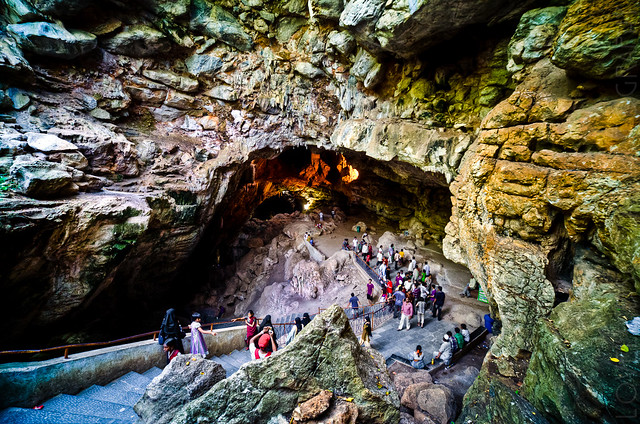 Hope you all enjoy your Vizag trip, we will be taking you to Srikakulam and Vijayanagaram soon.